This case study was originally posted on the Kipp & Zonen website.

At Kipp & Zonen we are frequently asked questions about the above international standards that are the ones most commonly referred to regarding the design, operation and maintenance of Photovoltaic (PV) power plants. Some of the considerations can also apply to resource mapping, site prospecting and Concentrating Solar Power (CSP) thermal energy systems.

To make sure that everyone is referring to the same parameters, we start with an overview of the components of solar radiation and how they are measured. Then a look at ISO 9060, which defines pyranometers and pyrheliometers for measuring solar radiation, and the implications of the update from the original 1990 edition to the 2018 version.

IEC 61724-1 is much misunderstood, and we pick out the main points that affect the solar and environmental monitoring equipment. This leads on to the calibration standards for pyranometers specified in IEC 61724-1 and in other international standards related to solar energy, ISO 9846 and ISO 9847. We conclude with explaining about ISO/IEC 17025, using as an example the accreditation of the radiometric calibration laboratory at the Kipp & Zonen factory in Delft, The Netherlands.

The sun provides 99.97 % of the energy for our planet (the rest is geothermal) and it is responsible, directly or indirectly, for the existence of life on Earth, weather and climate. The energy emitted is approximately 63 MW for every m2 of its surface, about 3.72 x 10²⁰ MW in total.

The unit of irradiance (radiative flux) is Watts per square meter (W/m²). At the mean distance between Earth and sun of 150 million kilometres, the flux of the solar radiation reaching the Earth’s atmosphere is 1,360.8 ± 0.5 W/m² (NASA, 2008). This quantity is named the Solar Constant.

However, it is not actually constant. The Earth is closest to the sun in January and the radiation at the edge of the atmosphere is 6.6 % higher than in June, when we are furthest away. There are various processes inside the sun and at its surface, such as the cycle that controls sun spots and solar flares, that cause fluctuations in the emitted radiation – but these are not more than 0.1 %.

Energy from the sun reaches the Earth’s atmosphere as a direct beam of radiation, but as it passes through the atmosphere some of it is scattered in all directions and is termed ‘diffuse’ radiation. On a day with a clear sky the total irradiance reaching the Earth’s surface is typically in the range from 700 to 1,300 W/m² at local solar noon; depending on the latitude, altitude and time of year.

High quality ground-based measurements of solar radiation are made using radiometers that respond to radiation in the wavelength range from 300 nm or less to 3,000 nm or more, covering up to 99% of the energy arriving at the Earth’s surface. 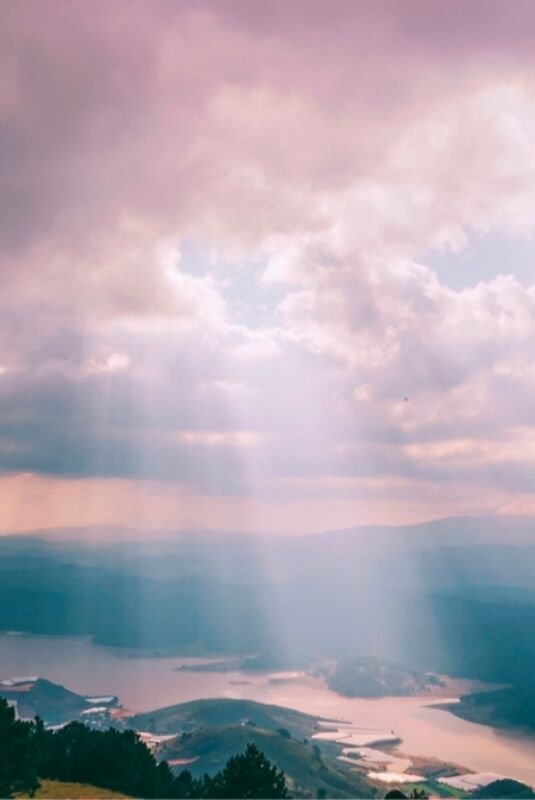